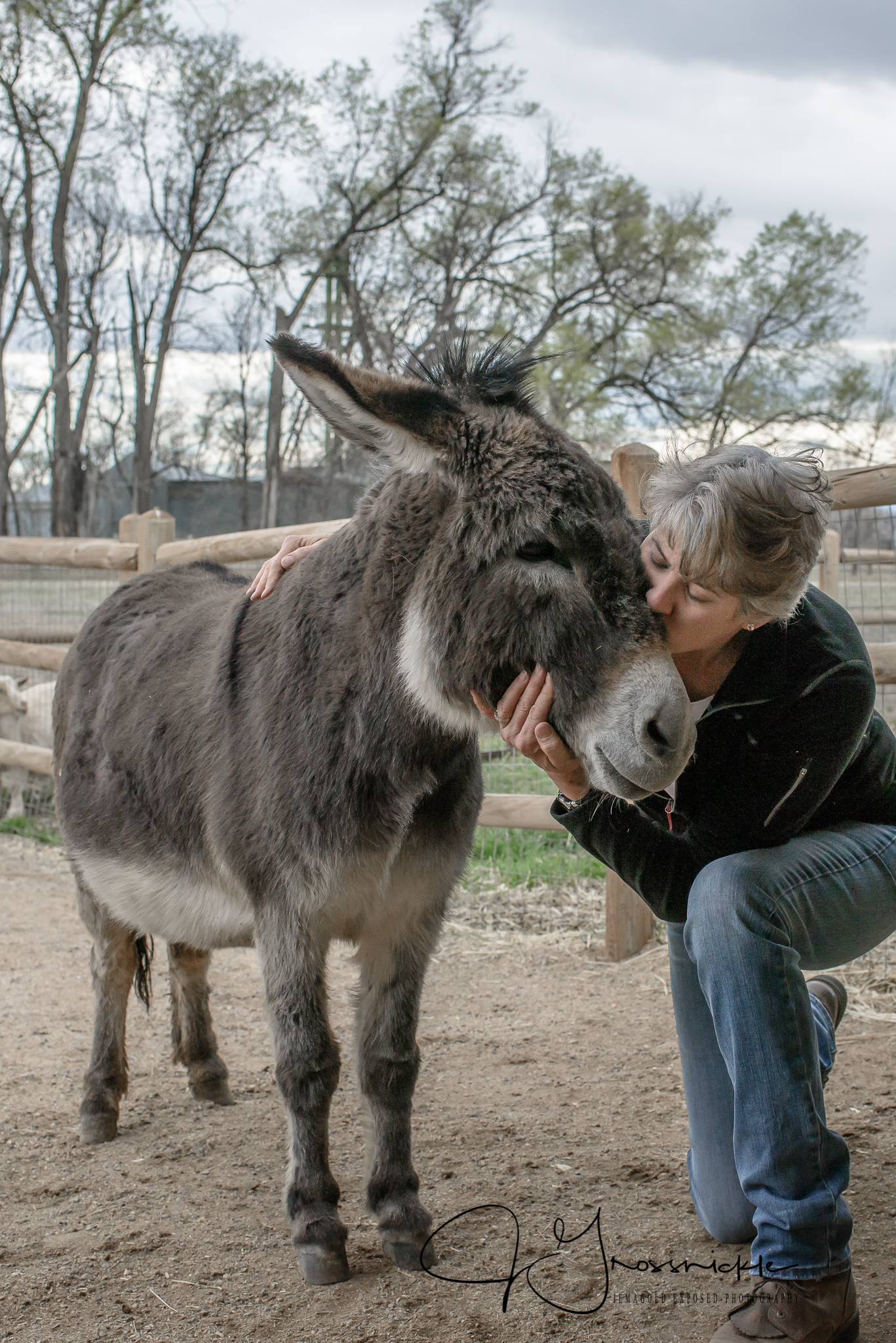 Who knew what an adventure it would be to adopt two abused, neglected donkeys. Jack and Jill, named by a child, were pets solely cared for by this child. Who knows why they were relinquished but when they were, it was found that their halters had never been adjusted for their growth. Both have scars and bone deformation as their faces grew through the rings in their too tight halters. The shelter surgically removed their halters, healed their open wounds and then, they came to me.  Not having any type of equine experience, I thought they were beautiful! 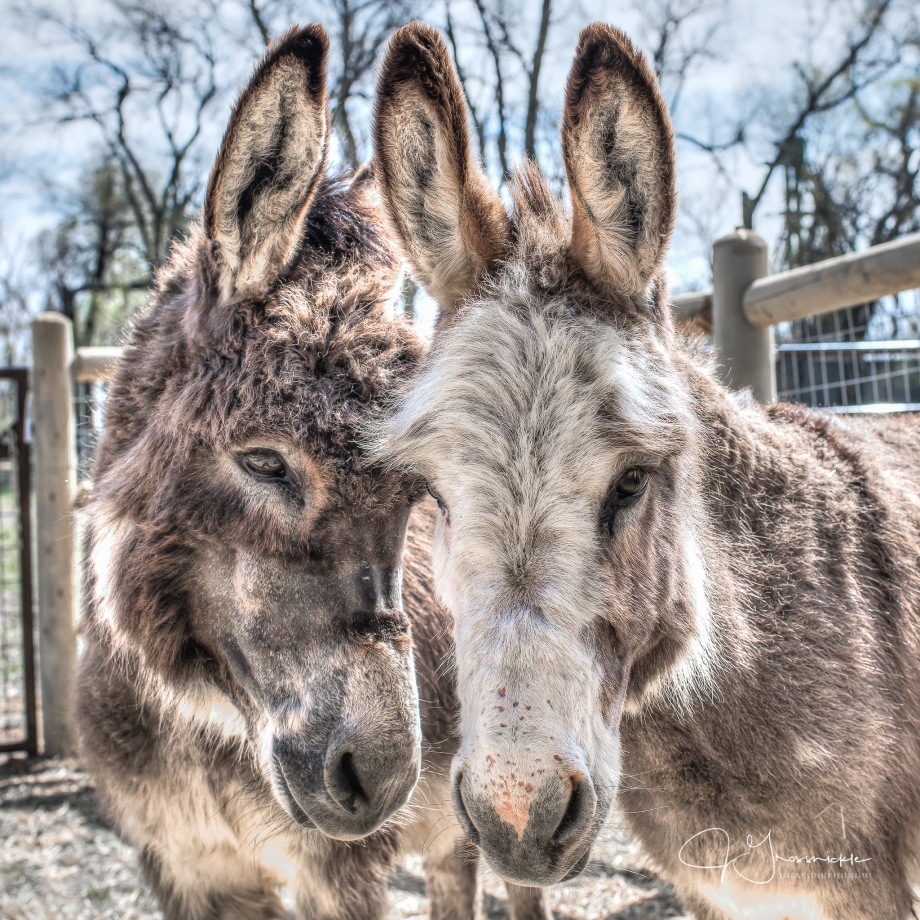 Emaciated and lacking in regular vet care, I enlisted the help of my farm vet to help them gain weight, update their vaccinations and de-worming protocol, float their teeth and trim their hooves. From this vet, I learned correct husbandry for my two new “pets”.

Each donkey has their own unique personality. Jill, a spotted jenny, was obviously doted upon. She is a calm, easy-going donkey that is very biddable. On the other hand, Jack, a standard grey gelding, was obviously not handled much. It aggravated him to be touched as he stood in the paddock staring back at me with distrustful eyes. It was soon apparent that although distrustful, Jack was incredibly intelligent. And so, I set upon gaining his trust.

Every day I would visit the donkeys and sing to them. As I went about my barn chores, I avoided eye contact and just talked to both of them. It didn’t take long before Jack’s curiosity had him initiating contact with me. I treated Jack like I would a dog to gain his trust. I used positive reinforcement when he did the things I asked him to do. He always had the choice to walk away from me but his intelligence won over and soon, he enjoyed my interactions (and treats) more than avoidance. 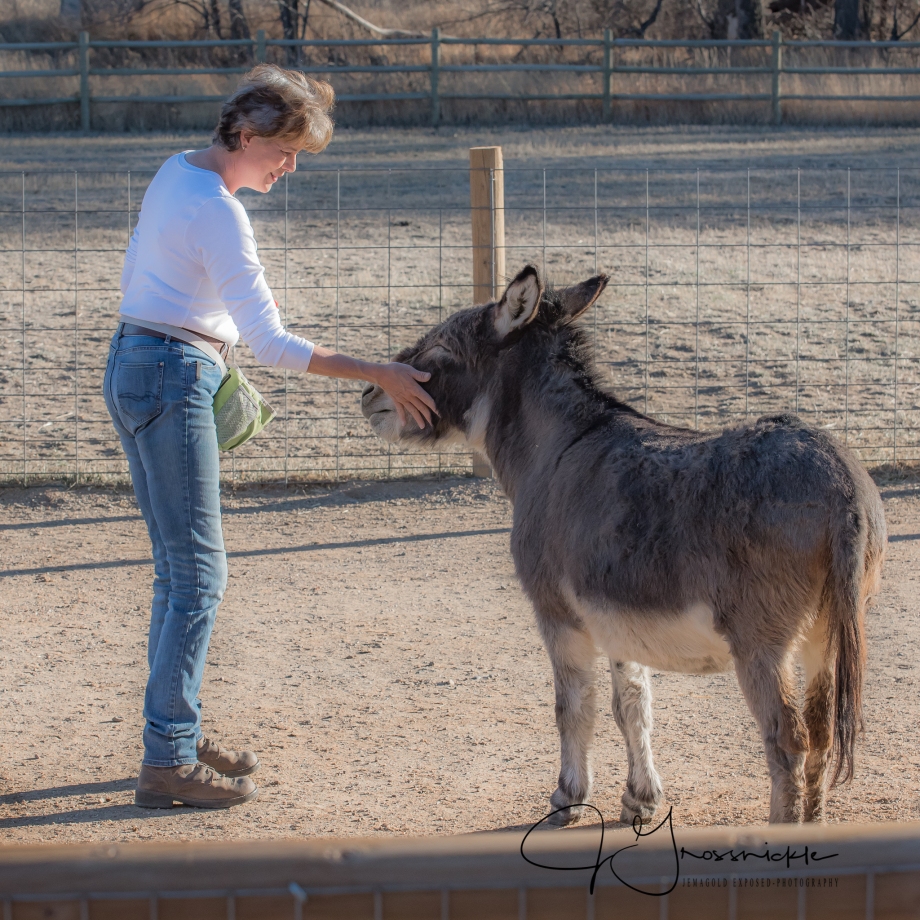 Although I knew we had a long way to go before Jack fully trusted me, we were well on our way to a new relationship where Jack (and Jill) were valued beings cared for with basic needs provided. It has been two years now living with these two donkeys. I’ve far exceeded any goals I might have set and today, caring for Jack and Jill is a huge part of my day. The connection I have with Jack is almost indescribable. Jack will now willingly choose to be with me and get my attention over eating. Although still “frisky”, I’m much better at reading his body language now and more adept at equine management.

Caring for these two donkeys has given them a second chance at life. For me, they have healed scars in my life that I never thought could be healed. Ahh… that is another post for another day but sometimes I wonder, “who rescued who?” No one can predict the future so for now, I will concentrate on this day. And when I do look ahead, my focus will truly be on the future. 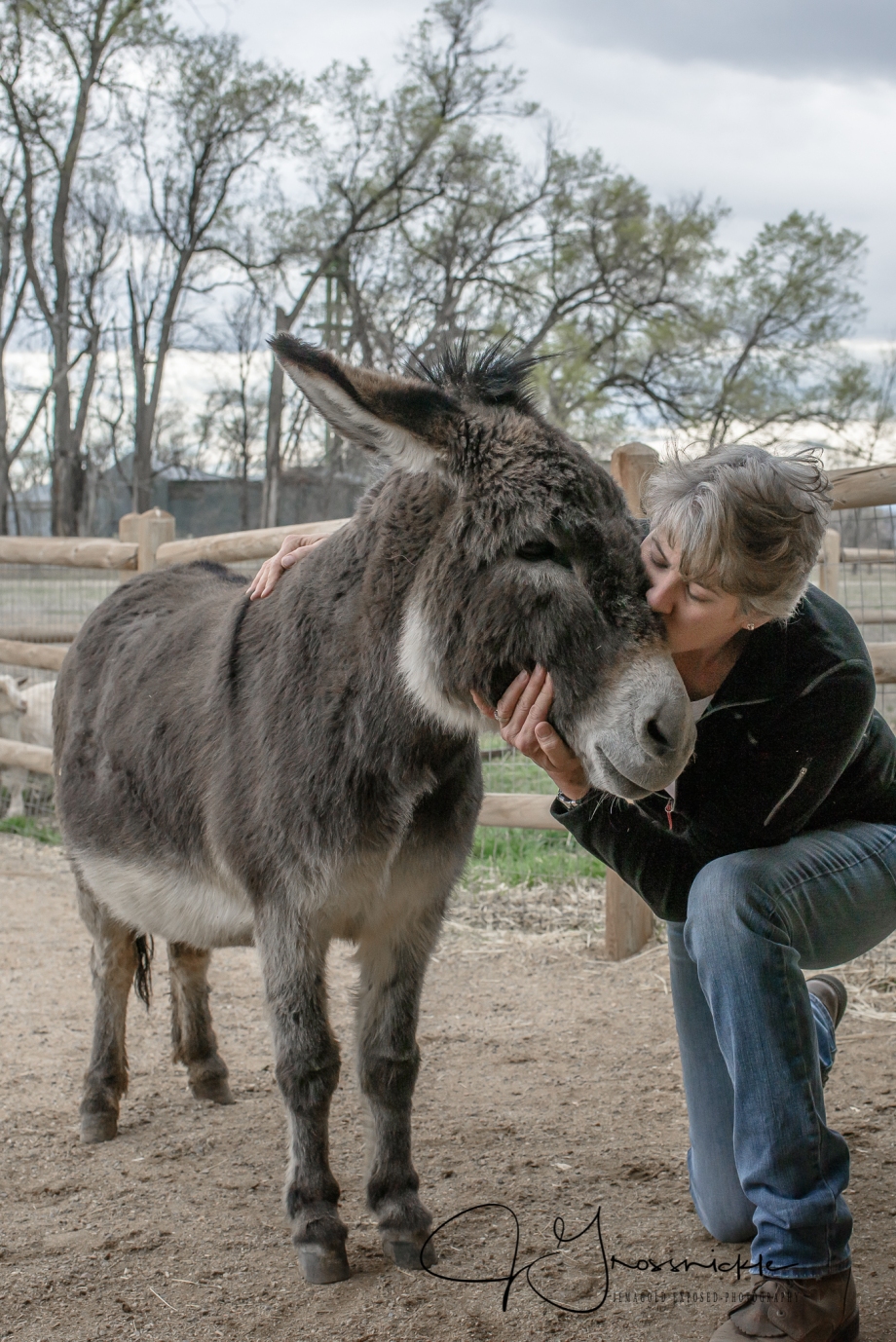